Hi everyone! We’re back with a short update providing some details on the new infinite game mode we’ve been working on for Tobu Tobu Girl Deluxe. Once again thank you to everyone who supported the crowdfunding campaign, helping us reach this exciting stretch goal.

When designing this level, we wanted the goal to be clear and simple: getting as far as possible in a single run without dying. Unlike previous levels, the player is not scored on time or number of stomped enemies - all that matters is getting far. We decided to split the level into many small sections called “waves”. This way, players have a clear sense of progress, while also getting a chance to catch their breath once in a while.

In this mode, players will (for the most part) not have to collect alarm clocks to regain time. Instead, each wave has a fixed time limit. As you progress, waves will get progressively longer with more difficult obstacles, making it increasingly hard to reach the end in time.

Once in a while, the player will encounter a “special” wave. These waves have a unique twist to the rules, however, we’ll leave it to you to discover what they are.

potato-tan has also been hard at work composing a new song for the level. Since this new level can potentially be played indefinitely, potato wanted the song to be longer and more varied than previous songs in the game. The final track ended up at almost 4 minutes long, and we can’t get over just how damn good it is!

In the video below you can watch some gameplay from the new level and listen to the new song in action.

On the Super Game Boy, we were a bit more limited when it comes to adding colors, so we had to go with a slightly different color palette for this level. Here’s what it looks like. 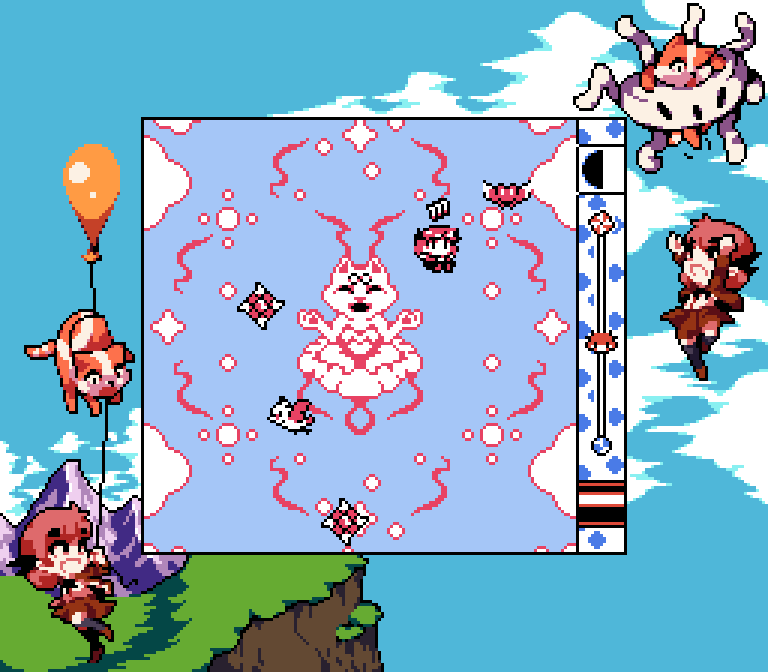 The game is currently in its final stage of development which means Kickstarter backers who pledged €5 or more will soon get to try out an early access version of the game. In the meantime we will be putting the final touches on the game to get it ready for release. Till next time.

Hi everyone! We have been quite busy lately working on Super Game Boy Support and the new infinite game mode for Tobu Tobu Girl Deluxe.

We have just about finished the work on Super Game Boy features, and would like to show you the results. The following pictures show the game running on a CRT TV. 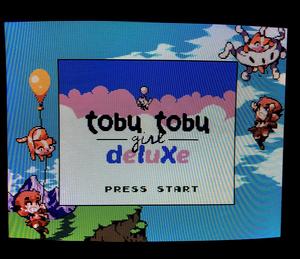 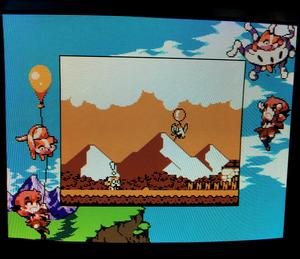 The colorization options are pretty limited on the Super Game Boy compared to the Game Boy Color. As such, we had to keep the entirety of the playing field of the screen one palette. We decided on a pretty bold palette, focusing on stronger contrasting colors instead of a blander 1-hue palette. 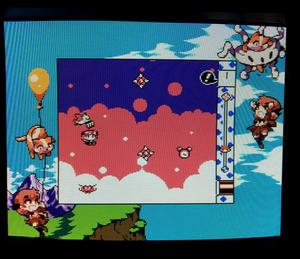 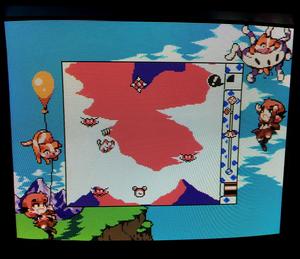 The dominant hues we chose were blue, purple and pink. We decided on these colors because they suited the cute and light-hearted tone of the game, while also invoking the feeling of a sunset or a deep night sky. For the intro cutscene and the banners on the main menu, we went with a reddish-brown palette to emulate the look of an aging photograph. 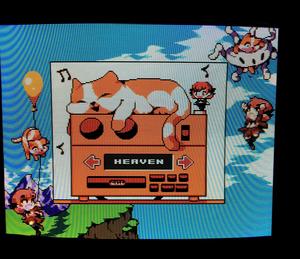 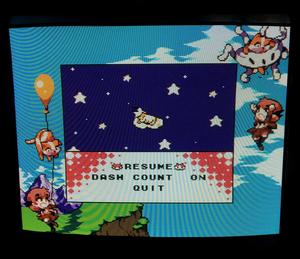 We are still tweaking some of the color choices to make sure everyting looks nice on different TVs, but overall you can expect the final release to look more or less as presented here.

Here are also two short videos showing the game in motion running on an LCD TV.

We will release another blog update soon detailing the design and progress of the infinite game mode. In the mean time, check out this preview of the new song potato-tan has been working on for the game!

Today we would like to give you a small update on the development of Tobu Tobu Girl Deluxe, showing off some of the changes to the game and talk a bit about some of the new features we are working on.

We recently wrapped up work on adding Game Boy Color support to the game. Besides colorizing the old assets, we have also remade a lot of the graphics. We felt like many of these changes were necessary because the old graphics didn’t translate well into color. Other assets, such as the main menu banner, were redone to better fit into the overall style of the game.

Here are some comparisons between the original version (left) and the Deluxe version (right): 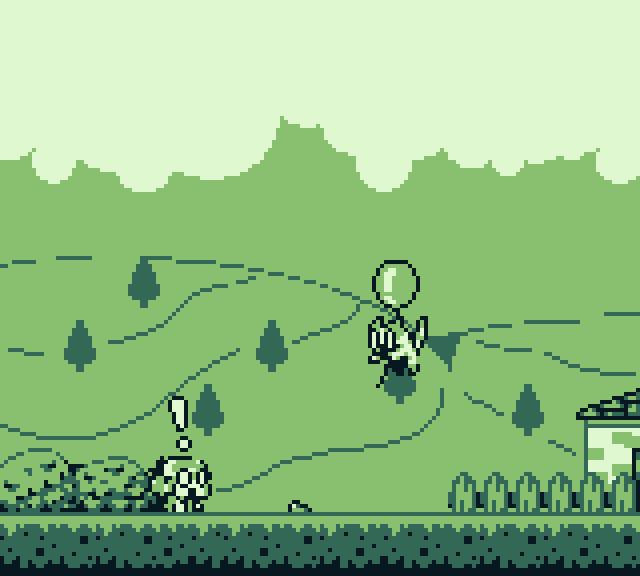 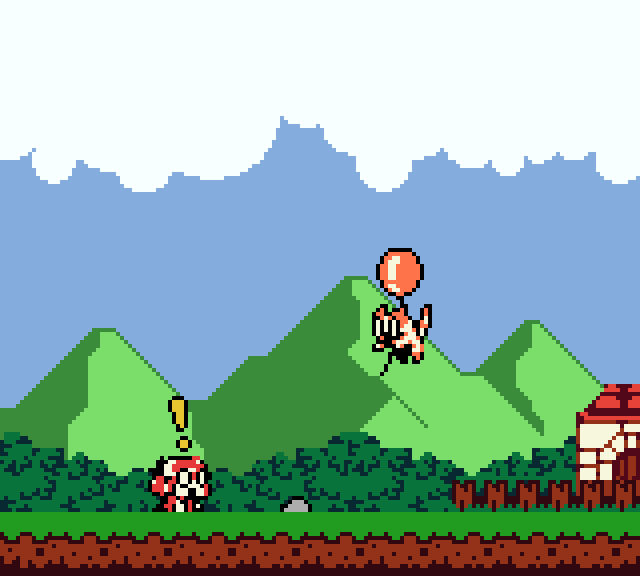 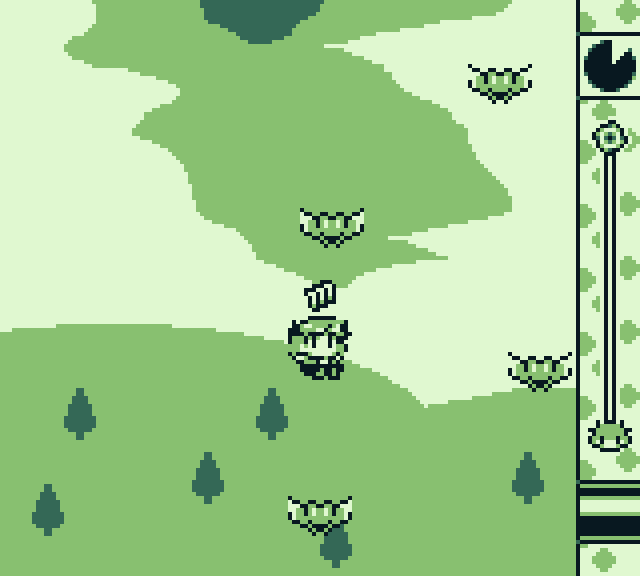 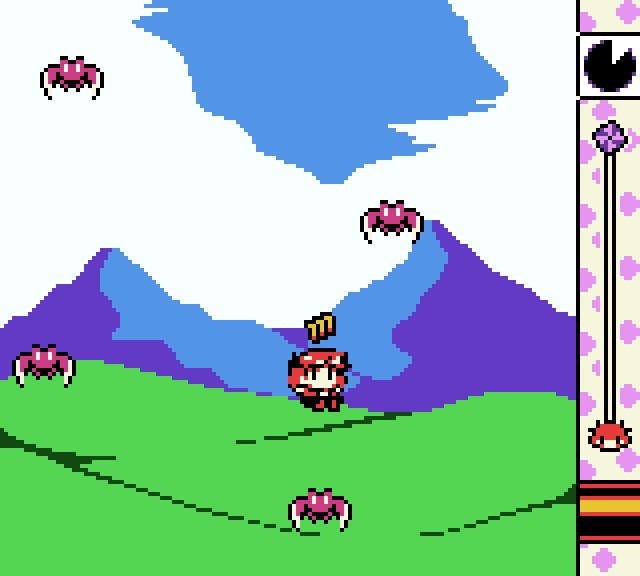 And here are the new main menu banners:

Since we are expecting to hit the Super Game Boy stretch goal on Kickstarter, we have started preliminary work on Super Game Boy border and colorization.

Lukas just finished up this mockup of the Super Game Boy border. Keep in mind this is just a mockup and it may look different in the finished game. 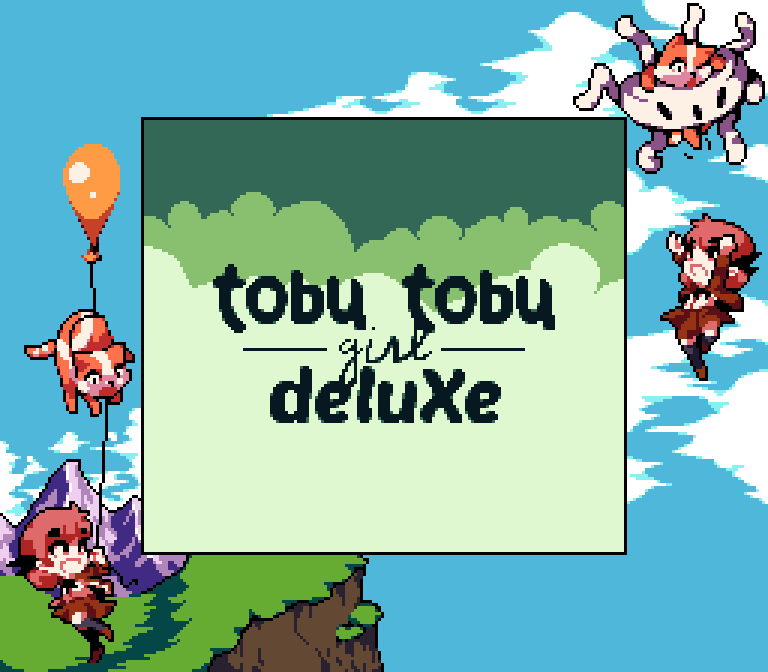 We have also started mocking up the SGB palettes. Here are some initial mockups: 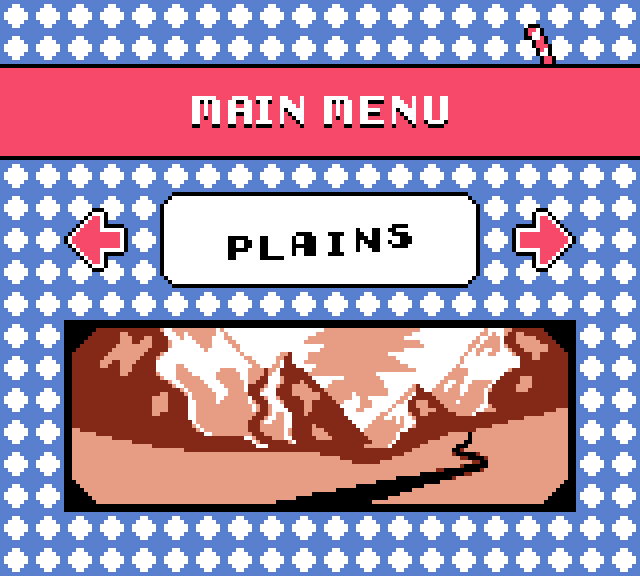 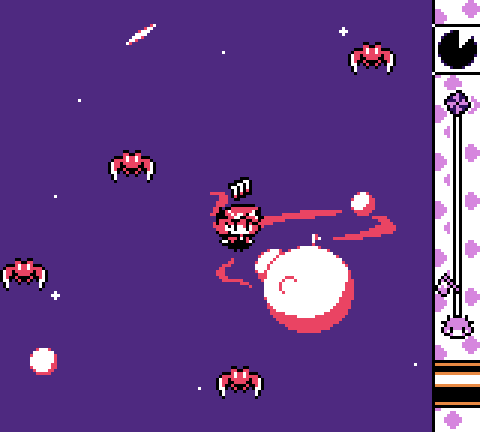 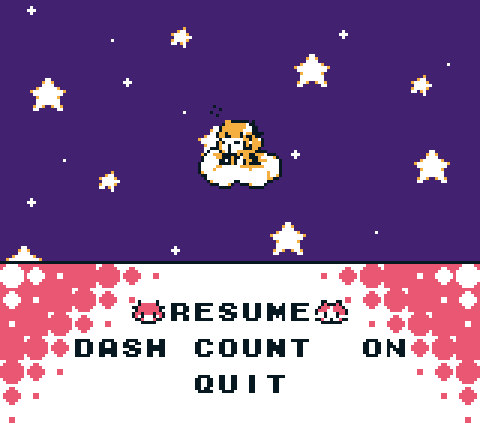 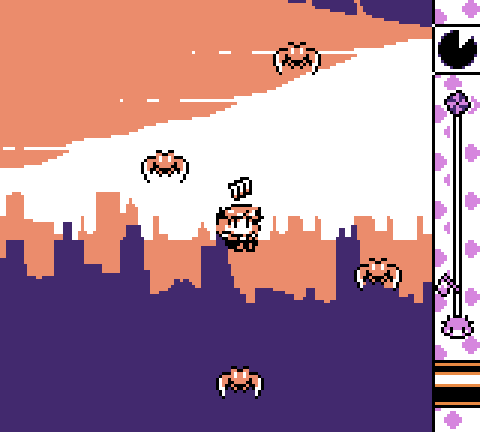 Colorization on the Super Game Boy is quite limited compared to what is possible on the Game Boy Color, but we still think these changes make the game look a lot more vibrant.

We have also been pondering the possibility of adding an “infinite” game mode. Due to the arcadey nature of the game it is, in its current state, a rather short one, inviting the player to strive for the coveted S-rank through multiple playthroughs. We would like for this extra game mode to provide a extra challenge for those who have already mastered the game, while also providing a new experience for those who would rather overcome new challenges than to strive for that one perfect score.

Due to the infinite nature of this game mode we want the background images to change as you progress, while adhering to a coherent theme. Following are some mockups of backgrounds. 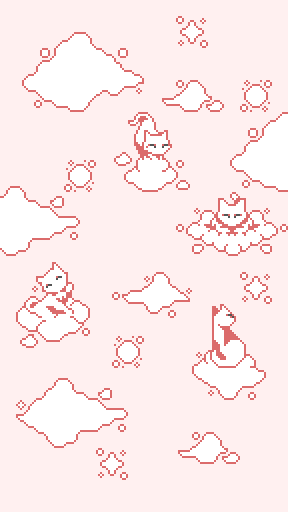 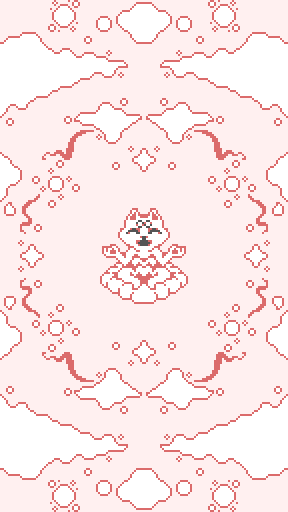 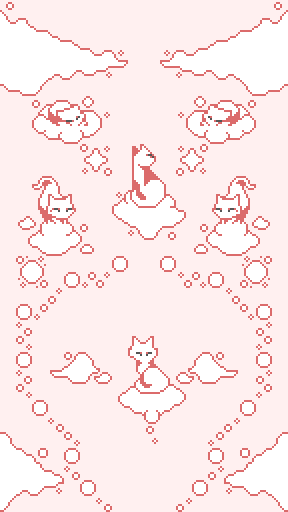 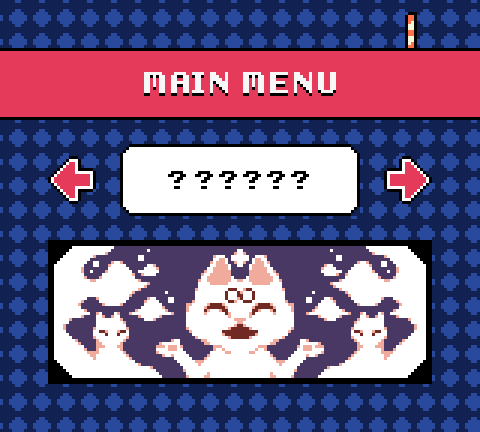 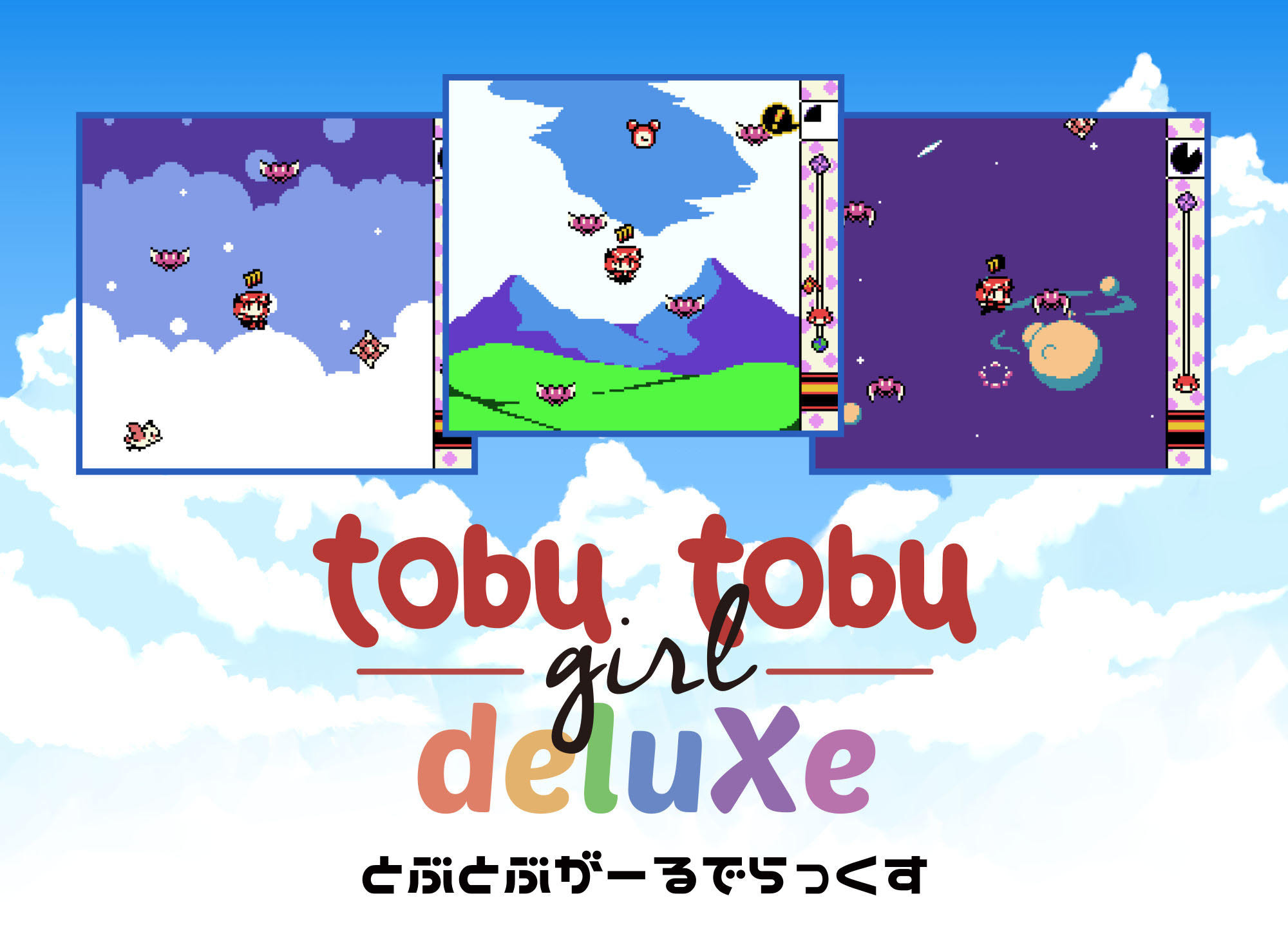 We are thrilled to announce that we have been working on a dual GB/GBC full-color remaster of Tobu Tobu Girl, scheduled to release this summer.

Tobu Tobu Girl Deluxe is an enhanced version of the original featuring improved, full-color graphics and will be fully compatible with both the Game Boy and Game Boy Color.

Like the original, this Deluxe version will also be open source and completely free to download upon release. 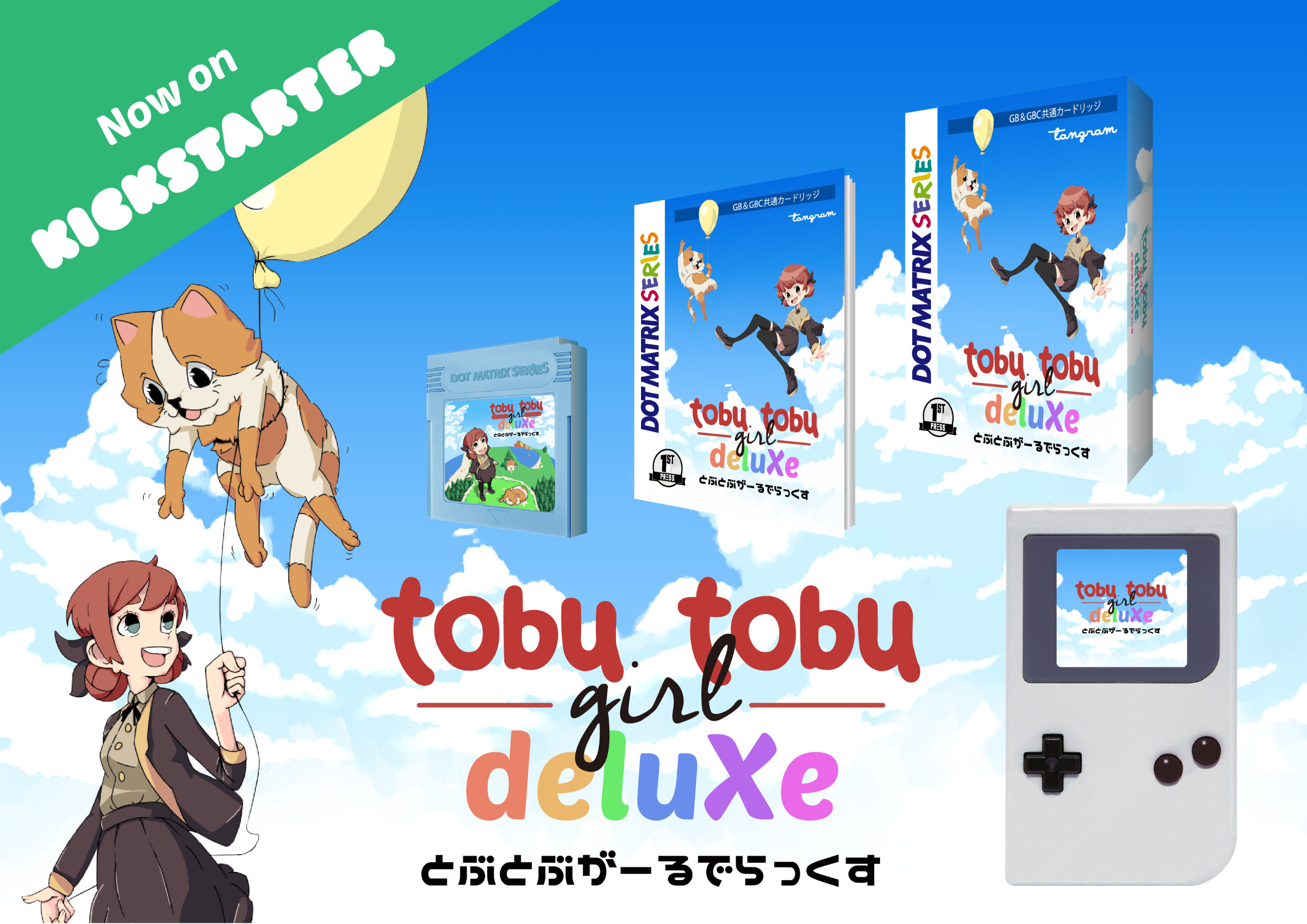 The original physical run of Tobu Tobu Girl went out of stock much faster than we could’ve ever imagined, leaving a lot of people without the chance to get a hold of a copy. It wouldn’t feel right to release this version without an accompanying physical run. To realize this we have teamed up with publisher First Press Games to give Tobu Tobu Girl Deluxe a high-quality physical release.

We have just launched a Kickstarter campaign where it is possible to pre-order a physical copy of Tobu Tobu Girl Deluxe.

You can check out the Kickstarter campaign for more details here: kickstarter.com/projects/firstpressgames/tobu-tobu-girl-deluxe-for-gb-gbc 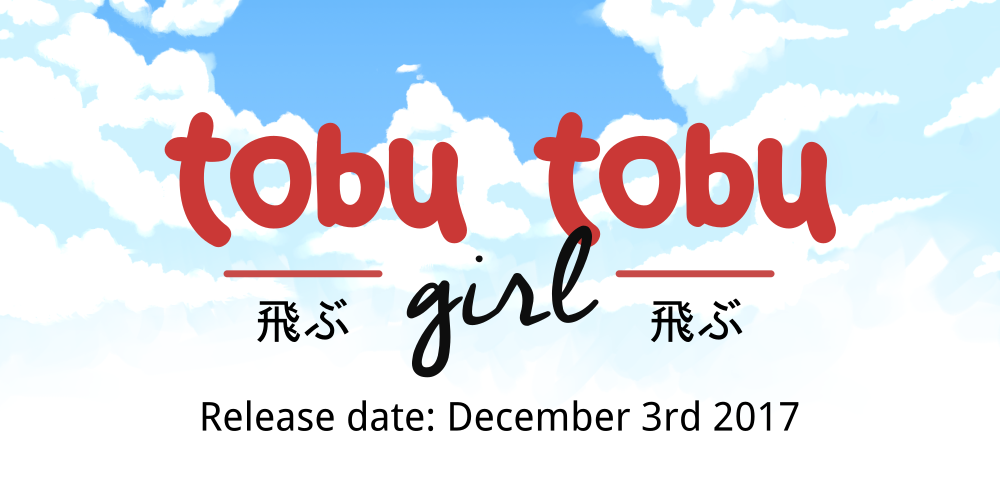 After many problems and delays it is finally here! We are happy to announce that Tobu Tobu Girl will finally release on December 3rd this year.

The game will be available as a free downloadable Game Boy ROM as well as a limited physical edition complete with cartridge and manual in box. The first batch of 75 copies will be available upon release at 35€, with a second batch to follow soon after.

Check out the Tobu Tobu Girl website for more information!