This post contains spoilers for Trick Parade. If you haven’t played it yet we recommend you do so first.

Last weekend was the 33rd installment of the Ludum Dare game jam and despite not initially planning to participate, we somehow ended up dedicating yet another weekend to the art of game jamming. Once again we had the pleasure of having Hernan on the team, who also helped with artwork for our Ludum Dare 32 entry N.O.D.E..

The theme this time around was You are the Monster. We wanted to steer around the obvious idea of taking a classic design and reversing the roles and instead went with the concept You pretend to be the monster, so we decided to make a Halloween-themed RPG in which you are a kid trying to scare the other kids on the block. 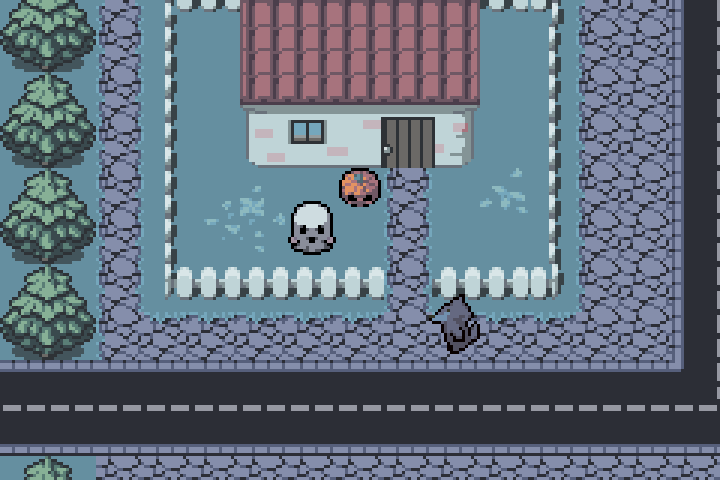 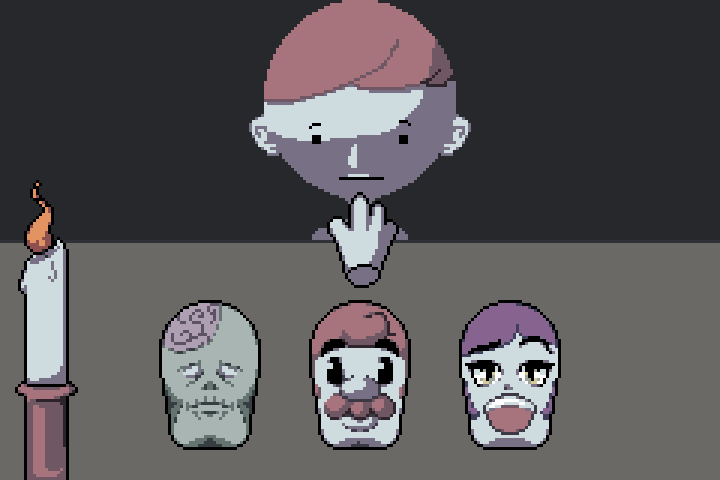 Instead of a traditional turn-based combat system we decided to have the player attack by completing a series of 5 second minigames to determine their damage output. In Trick Parade, as the game was named during the final hours of development, there are three basic elements of fear: paranormal, critters and splatter. Kids dressed up as one type can effectively scare one type, but are also easily scared by another. 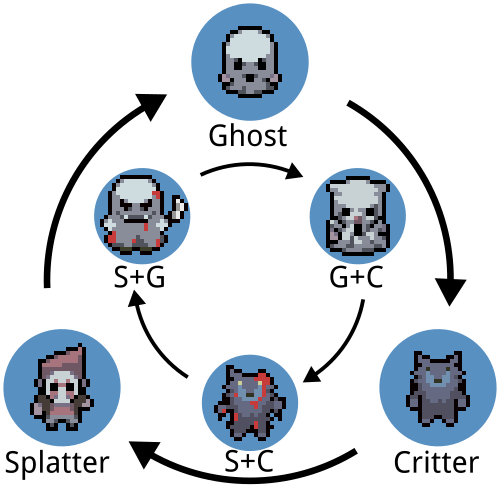 Besides adding some flavor to the game’s world, this system serves the purpose of controlling the player’s progression through the world. Given only a basic ghost costume the player has to acquire more sophisticated costumes in order to beat and get past harder enemies.

To give the system a bit more depth we decided to add combinations of types. This allowed for some nice variety in costumes, but proved difficult for players to understand and remember. Unlike rock-paper-scissors players can’t logically deduce which types beat which and the addition of combinations only makes it even more complicated. If dogs are scared of ghosts, then why are zombie dogs effective against zombie ghosts? 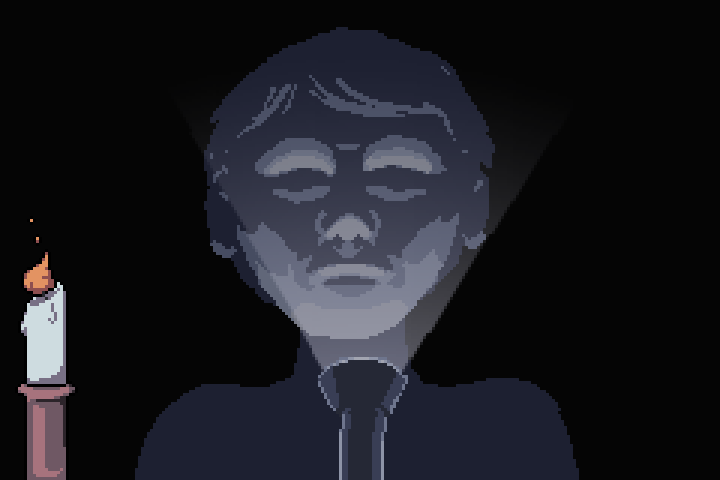 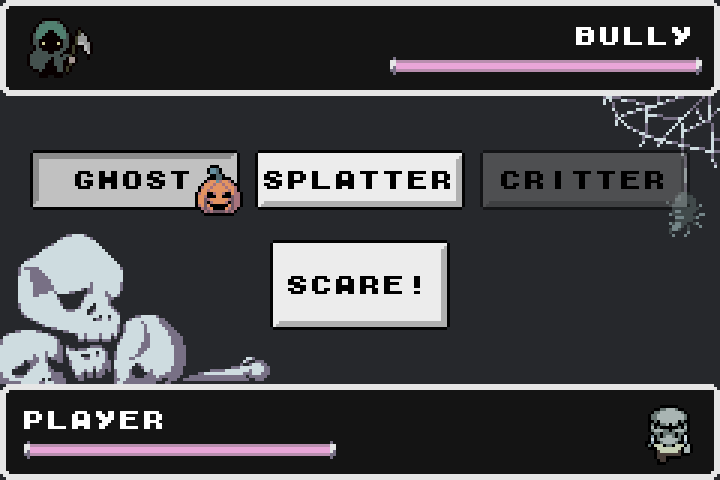 The battles get repetitive pretty fast due to the low selection of minigames. In the current version only 9 minigames are implemented due to lack of time. We initially planned to have a much larger selection of games, each belonging to one of the three elements of fear, and the player’s choice of attack type would then influence which games they would be presented with. A large number of ideas and assets already exist and will be implemented if we decide to produce a post-jam version.

The low variety of minigames also resulted in a different problem: difficulty. Similar to the Wario Ware series, the games are all extremely simple. This gives the player a fair chance of succeeding even when presented with them for the first time, but makes for a very uninteresting game once the player has completed them all multiple times. Having a much larger selection of minigames and as well as some games that require a bit more skill would certainly make the battles more interesting.

Despite all its flaws the game has been pretty well-received and we are considering making a more fleshed out post-jam version. If so the main focus will be on making the battle system more intuitive and interesting as well as adding a large number of new minigames.