Most recently Simon and I have been developing our #GBJAM3 entry Tobu Tobu Girl into a fully fledged homebrew game. The game has gone through at least a few iterations as you might gather from comparing the jam game with recent screenshots. We have finalized the basic design and most of the in-game artwork and menus have been completed.

We are still trying a few things out gameplay-wise that might end up changing some of what’s present in the screenshots below. We’re aiming for TTG to be a fast paced and addictive experience where you’ll hopefully want go for just one more try! 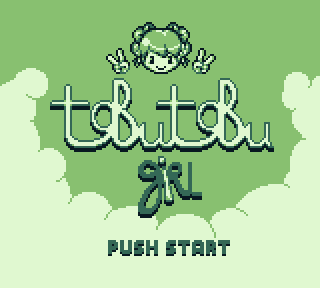 Working on homebrew can at times be a pretty taxing experience! Our next game is something we’ve been working on/off since early summer last year. You might already have caught glimpses of Proximity Core on twitter, but none of that is really representative of the game in its current design.

For now I just want to tease the hopefully finalized main character design. This should prove to be our biggest project ever in scope and ambition, as long as we can keep confidence in our vision!